It's how you make better-informed decisions about buying or selling your home in Wamel. 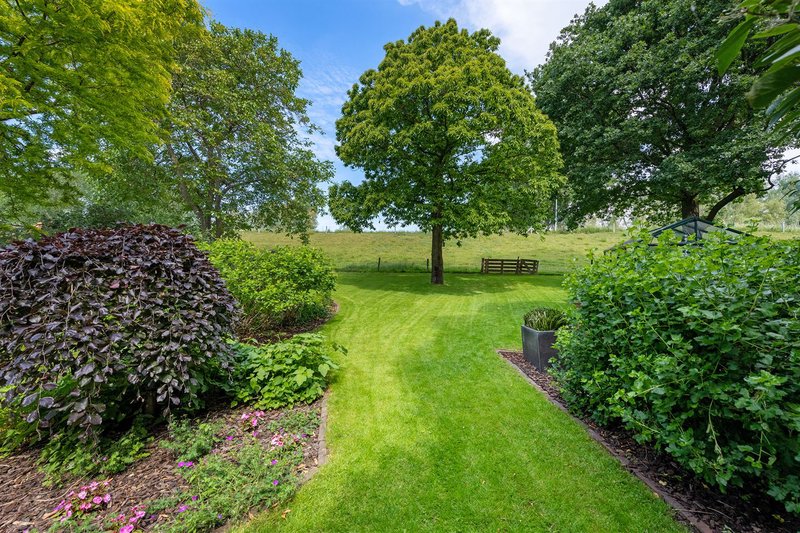 Estimated property value
€ 722,000 – € 876,000
Living
279m²
Type
villa
This exclusive and pleasant detached house is located in the calm Kern Wamel in Wamel. The residence was last sold in 2017.
Investing in residence in the Kern Wamel is a risky investment. Purchase prices in the neighborhood have increased slower than in all off Wamel. In the Kern Wamel, 12 residences were sold in the last quarter. In general, residences in the Kern Wamel spend 30 days on the market. So if you're a home buyer, it pays to be decisive.
If you're a family, you'll likely feel at home in the Kern Wamel. In total, there are 350 households with children living in the neighborhood.
Read more
Can Walter help secure the winning bid and buy successfully?
Yes! Walter is designed to calculate exactly how high the winning bid should be for Viaductstraat 60-B based on similar properties in the area.
Total amounts
Amounts per m²

€ 123,456
What you get with Property Calculator:
The calculator lets you choose your own recently sold, similar properties in the immediate area and explore heat maps to visualize local neighborhood insights.
Calculate property value
80,000+ homeowners signed up. Join them today.
Play-to-win
€ 123,456
Go-all-in
€ 123,456
Check out the top comparable homes that have the biggest effect on the value of this home.
See if this home has been on the market before. Discover it's original list price, sale price and WOZ-value 2023 for Viaductstraat 60-B.
Sold
For sale
€ 965,000 80.0%
WOZ 2022
€ 671,000 12.8%
WOZ 2021
€ 595,000 0.3%
WOZ 2020
€ 593,000 9.4%
WOZ 2019
€ 542,000 2.7%
WOZ 2018
€ 528,000 16.0%
Sold
WOZ 2017
€ 455,000 9.6%
WOZ 2016
€ 415,000 1.2%
Knowledge is power in negotiations.
Get a closer look if comparable homes sold above or below list price.
100 comparable homes sold nearby
Sold above
64
List price
7
Sold below
29
All transactions
Trend
The historical development of the average square meter price of homes in Kern Wamel.
The neighborhood, zoning plan and monumental status of a home dictate what you can do with the property. If you want to structurally remodel your home, be sure to consult an expert.
Read the zoning plan →
The energy label tells you how energy efficient a house is. Is there no definite energy label registered? Then it's up to the selling party to provide it.
This home has energy label A. The label is registered as definite at EP-online. It's valid until Sep 7, 2030.
Depending on where and when a house was built, its foundation may need to be replaced. We've checked whether the foundation of this house is at risk.
It's not necessary to pay extra attention to the foundation, unless there are specific indications. This house was built after 1970, so the foundation should be good. Do pay attention to specific indicators of cracks or sinking, since it's built on Rivierengebied.
Sophia, buying agent at Walter Living
Do you want to know more about the current property value of Viaductstraat 60-B, the local housing market and access to all the insights that only real estate agents have? Download Property Report
Recommended. I used it together with my partner for a couple of months and it was very helpful for us in the process of buying a house. For example, you get to see the estimate value of a property and its surroundings, this can definitely help for not overbidding.
Great tool! Definitely worth the money: I started with the Plus package but quickly upgraded to the Premium that provides way more insights and different scenarios. It really helped us in the process, although we were also assisted by a real estate agent. I also attended one of Walter's workshops and it was really interesting. Definitely recommended.
Walter is an excellent tool to get deep insight in the housing market. Its rich information and clear statistics/visualizations make you are ahead of the buyers crowd straight away. Steven and the team navigated me through the wild waters of the housing market with solid advice and personal assistance. I was able to make a successful bid without the help of a real estate broker which saved me €2000. That, while providing a ton more value than the purchase broker that I have worked with previously. A terrific product you have there, way to go Walter!
Our buying experts can help buy your new home in Wamel on your behalf — so you have the best shot at getting the one you love.
Enter any full home address